THE HERO’S JOURNEY - Place in the Puzzle

The Ordinary World - Ryan is lonely
The Call to Adventure - Ryan learns he is autistic
The Reluctant Hero - Ryan believes his conditions will make him even lonelier
Mentor - Mungo Ganner
Crossing the First Barrier - Ryan tries to live his life knowing he is different from other children
Tests, Allies, and Enemies - Mean girl Sarah, Ryan meets other polite children, surprise encounter with a pop star at KY Derby
Approach the Inmost Cave - Mungo Ganner attacked by a panther
The Supreme Ordeal - Ryan must go without Ganner’s guidance for some time
Reward - Last day of school arrives
The Road Back - Ryan gets nervous, jockey Trogon’s evil revealed
Climax and Resurrection - Ryan duels Trogon in the forest
Return with the Elixir - Ryan gains wisdom from his experiences

A STORY OF A BOY AND HIS FATHER

THE BOY’S PARENTS HAD A FIGHT

THEY DIVORCED
THE BOY AND HIS FATHER WENT BACK TO COLUMBIA

The following ideas for the overall series I have written are below:

Teenage girl (whom I believe to have been  dubbed with another teenage girl or young woman’s voice): Follow me. 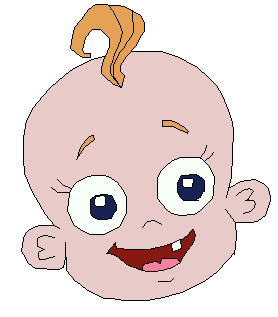